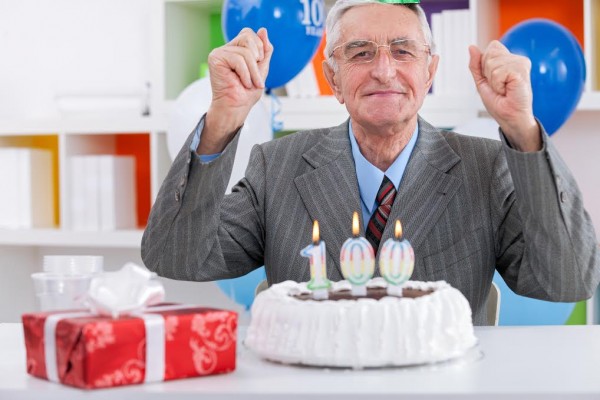 With the retirement age on a seemingly endless climb into the grand heights of our “golden years,” many older workers are forced to consider working past their 65th birthday in order to supplement their pensions.

But can you imagine working ten, twenty or even thirty years into your retirement? These people could. In fact, they did, and with a smile on their faces. Whether they’re workaholics or simply serial socialites, you have to admire their tenacity.

Syd retired from his meet and greet role at B&Q’s New Malden branch in South-West London days before his 97th birthday in 2011. He joined the company at the already ripened age of 76, and told the Daily Mail that his twenty years at the retailer had “helped [him] stay young,” because it allowed him to interact with younger people on a day-to-day basis.

Since the age of 14, Syd held down a continuous stream of jobs, serving in the Royal Corps of Signalmen throughout the entirety of the Second World War. He kept an active lifestyle that continued on through to his later years, even taking part in one of the UK’s largest flash mobs a few months before he retired.

Teacher, great-grandmother and advocate of life, Agnes celebrated her 100th birthday with her 5th Grade class at the Sundance School in New Jersey, where she continues to teach to this day.

In 2011, she was proclaimed to be America’s oldest living teacher – a record she still holds – having joined the school staff at the age of 81. She has no thoughts of retiring, saying that “the children keep me young”.

Agnes is also reputed for her delicious baking, which coincides with the school’s “Letter of the Week”.

Despite being a habitual drinker and regularly smoking twenty cigarettes a day, Buster still managed to become the UK’s oldest worker at 104 years old.

Buster worked as a van cleaner for a plumbing company in London, where his work ethic inspired other members of staff to step up their game. He almost never missed a day at work, even reporting for duty on his 100th birthday.

To top it off, Buster even completed the London Marathon in 2008 at the age of 101, and is generally believed to be the oldest person ever to do so.

Dr Ray Crist was widely believed to be America’s Oldest Worker in 2004 when he retired from teaching undergraduates at the impressive age of 104. Ray was a professor who primarily taught environmental chemistry to liberal arts students, in a bid to show them the impact of technology on the natural world.

Ray professed a deep love for teaching that kept him in academia up until the year before his death. He taught at numerous American institutions, including Columbia University and Dickinson College, before finally settling in Pennsylvania.

Generally regarded as being the oldest worker in recent history, Ralph McBurney – or as he preferred to be addressed, “Waldo” – spent his golden years working as a beekeeper in Quinter, Kansas, with his wife Vernice.

When Waldo passed away in 2009, he was 106 years old. But that wasn’t the only milestone he’d set in his later life. He also established two world records in track and field – one in the 100m sprint, the other in the shot-put – for fastest time run by a 100 year old. Set in 2003, the record was only broken eight years later by British centenarian Fauja Singh.

He also published an autobiography called My First 100 Years in 2004.