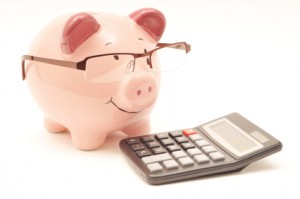 It probably won’t have escaped your notice, but financially, things have not been the most stable the last couple of years for the economy. You might have noticed this.

The recession has meant that a great many people have had to really take another  look at their monetary situation.

Being frugal isn’t new. However, it is becoming more and more popular as a lifestyle choice. Because of the vast resources available through the internet, more people are becoming educated on both long and short term effects on society, the planet and personal lives of consumable resources.

The definition of frugal living is being sparing and economical in the use of resources like money, food and even time. There have been studies and a person or persons who choose a frugal lifestyle are classified as those with a tendency to restrain themselves when it comes to purchasing goods and services. They also make effective use of the resources they already own.

Whilst there’s no real limit to the things that could benefit from a frugal touch, here are some suggestions which are potentially great things to do both now and in the long term.

Getting a smaller house

Ok, this is quite a big decision, but it comes from a practical way of thinking. Consider your requirements. If you have children, then this might not be the best course of action. But if you are a couple only, then reducing the size of your house can provide many frugal benefits.

These costs will drop all across the board and there are many other benefits too, as this article can highlight. Definitely worth thinking about.

Smaller Car…or even no car

Reducing the size of your car, or getting rid altogether is one of the best ways to maintain a frugal lifestyle. The cost of maintaining, taxing and keeping a car full with petrol is staggering. In 2011, the annual running cost of an average car was over £6500!

A smaller car with a lower power engine, hybrid power system and low fuel consumption means less trips to a petrol station. Going further, by using public transport, walking or using a bicycle to travel, you can dramatically reduce outgoings and direct a majority of that six and a half thousand pounds into savings.

Used items and the great vast ocean of resources

The beauty of the internet is that it’s such a great resource for items that cost less because they are used. Craigslist, Ebay and other marketplace websites offer thousands of things that can really come in handy for a discounted price. Sites like Freecycle are perfect for items that people are giving away at no cost. Everything from household items to clothing can be picked up, saving you money.

Also, don’t think that the internet is just to buy things. It’s one of the most useful resources when it comes to ideas on how to further stretch your pound value. There are literally hundreds, if not thousands, of websites on the best places to check out for frugal living ideas and tips. Places like this exist to help and advise on the best plans to make for frugality.

Being frugal doesn’t mean you have to live without comforts. Today, those that want to save money in the long run can spend money now to reap the benefits down the line. This is especially true when it comes to home appliances. Of course, obvious advice states that you should dry clothing on a maiden or on a washing line instead of a mechanical dryer. This is great frugal advice.

But did you know that a washing machine isn’t an expensive luxury you can afford to do without?

If you need a reason to understand why that’s true, why not try ten of them instead

For example, many dishwashers will use up to 40% less water than hand washing. They also save you time by completing the cleaning, allowing you to spend time in a more productive and efficient manner.

It’s really a matter of ‘speculate to accumulate’ when it comes to home appliances. We need to use them for food storage and cooking, so choosing ones that initially may be more expensive will prove to be more beneficial over the years thanks to lower running costs and energy usage.

Of course, there are dozens of other things you can do; some big like the car or house change, and some small, such as making gifts yourself to using the library when it comes to lending films, books and magazines instead of buying.

By using the appropriate resources and a great deal of common sense and willpower, a frugal lifestyle can be productive and financially viable.