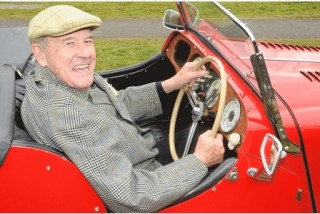 Current Generation of Pensioners Could be the Wealthiest Ever

The incomes of retired households have risen by a remarkable £2,500 over the past nine years, while those of working households has fallen by £300.

Today’s pensioners could be the luckiest that will ever live, according to a recent report in the Daily Telegraph newspaper.

The article states that many of those who have reached retirement age over the past five years have done so at a perfect time, catching a financial crosswind that is never likely to be repeated.

It is not all good news, however, as there is now a greater disparity than ever between the richest and the poorest pensioners.

If you are one of the thousands with equity tied up in one or more pension funds, there has never been a better time to release your pension early to raise some extra cash, explore alternative investment opportunities or pay off your debts before retirement.

Over recent years, a growing number of wealthy households have taking out private pensions and, on average, these account for 44% of gross pension income, amounting to around £11,000. The state pension pays an average of just £9,300.

Many wealthy households are helped by the fact that they hold multiple pensions, following the increase in professional women over the past 40 years. This is a new phenomenon, but is heavily reliant on the gold-plated company pension schemes that are rapidly disappearing.

Collapsing pension funds combined with the growing housing crisis mean that future generations of pensioners are unlikely to be so fortunate.

The outcome is that today’s wealthy pensioners have never had so many options when it comes to managing their finances. For many, the perilous condition of some of the most high-profile pension funds means it can make more sense to spread the risk by cashing in a proportion of their pension.

This opens up a variety of options, from realising better yields by reinvesting their funds in property to spending money on a better lifestyle.

The Gini index measures the income distribution of a given set of people and defines the gap between rich and poor. It is usually expressed as a percentage, known as the Gini coefficient, and when applied to the UK’s pensioners, it shows a sharp rise from 24.3% in 2009 to 28.1% today.

However, those at the lower end of the income scale can also benefit from the 2015 pension reforms. More people than ever are reaching retirement age with long-standing debts that they had expected to pay off years earlier. It makes no sense to continue paying high interest debt while they have money sitting in a pension scheme and earning half as much.

Given that this golden age for pensioners is unlikely to continue for long, it is unsurprising that many of tomorrow’s pensioners are opting to cash in their pensions early.

The benefits of doing so apply just as much to individuals who have taken early retirement, or even to those who are still at work, as to those who have already retired.

Clearly, the pension landscape is changing forever, and as we find ourselves on the cusp between one epoch and the next, it makes sense to make sure that the hard-earned money in our pension funds is put to the best possible use for a happy and prosperous retirement.