The Oldest Actors That Should Retire But Never Will 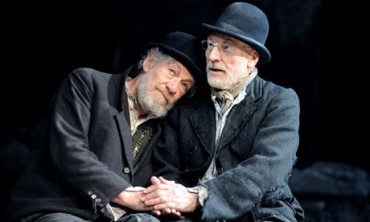 Acting is a very dynamic career. It is physically demanding, sometimes requiring rapid weight loss or gain, fight scenes and long, breathy soliloquies. Yet somehow there is a small clique of acting professionals that remain unphased by both the psychological and physiological strain that acting puts upon them; so much so that they have made it into their golden years without ever leaving the bright lights, the make-up, and the allure of the silver screen.

Here are some of the oldest actors that prove that retirement is optional.

He is that thespian that made Gandalf and Magneto big names on the big screen, and he is widely considered to be one of the greatest actors of his generation. Born and bred a Wiganer, he moved to London and got involved with the Royal Shakespeare Company throughout the 60s and 70s. Now, he’s at the ripe old age of 74, and still performing in Peter Jackson’s epic Hobbit trilogy.

Playing Professor X, Magneto’s arch nemesis, in the X-Men films, Patrick Stewart is actually very good friends with Ian McKellen, who is even performing the ceremony for his marriage to singer Sunny Ozell. Both Stewart and McKellen are knighted, too. And there is only a year between them, Stewart being the younger. They recently collaborated on a theatre production of Harold Pinter’s No Man’s Land.

An American icon with a fantastic film career, Jack Nicholson is still going strong at 76, having featured in over 65 films over his career. Despite garnering no academy awards for his performance as Jack Torrance in Stanley Kubrick’s 1980 film The Shining, Nicholson is renowned for the role; it remains one of his most iconic personas. He hasn’t retired yet, but he might soon; after all, “all work and no play makes Jack a dull boy.”

Probably most recognisable as loveable Aunt May from Sam Raimi’s Spider-Man trilogy, Rosemary Harris has established herself in the American Theatre Hall of Fame, despite being an English actress. She has been active in professional theatre since 1948, when she first appeared on the stage at 21 years old, making her 85 now. And she’s still going strong; recently, you may have spotted her playing the older Agathe von Trappe in The von Trappe Family: A Life of Music.

A star of the screen with a career spanning almost seven decades, Dick van Dyke is probably most famous for his high-energy performances in children’s classics Mary Poppins and Chitty Chitty Bang Bang. He is also a renowned comedian, producer and screenwriter. Despite turning 91 last year, he is still as active as ever, and is currently working on filming for Mary Poppins Returns.

Actor, comedian, filmwriter, composer – there is not much in the industry that Mel Brooks has not done in his long career. His most recognisable role is probably that of Governor William J. Le Petomane in cult classic Blazing Saddles, but he also has more than 50 other acting credits to his name. Listen out for him as the voice of Shogun in the forthcoming Blazing Samurai animation feature film, where he will be performing alongside Samuel L Jackson and Ricky Gervais.

Former fashion model Tippi Hedron achieved worldwide fame for her role in Alfred Hitchcock’s The Birds and became known as the definitive “Hitchcock blonde” in the 1960s.

Over the subsequent decades, she has become equally famous for her animal rights work, which she continues to combine with acting roles at the age of 87.

For many, he was the definitive James Bond, starring in classics such as The Spy Who Loved Me, Live and Let Die and For Your Eyes Only. And even before Bond, he was equally well known on the small screen, playing Simon Templer in The Saint. He played Bond for the last time in 1985 at the age of 57, but more than 30 years later, he is still working, with a number of acting projects in the pipeline.

We’ve had white beards, grey hair, death metal, knighthoods and some staggeringly long acting careers, but as of yet, we haven’t had any of these brilliant screen stars retire. That’s something to be thankful for.