Inspirational Pensioners Who Won’t Let Age Hold Them Back 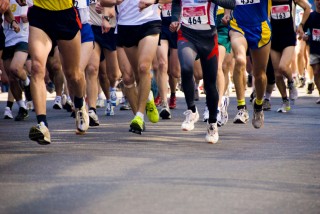 How are you going to spend your retirement? That’s a question most people will be asked in the lead up to being able to finish work. You might think you have fewer options and that age could stop you doing something you always wanted or dreamt of doing but never had the time.

Sometimes though when you are at the age for retiring, that’s the time to take stock of any unfulfilled ambitions. Preparing for retirement could give you the freedom you needed to truly start to do things you always wanted. Things that many consider to be beyond them as they’ve gotten older. However there are always those people that prove that age is for many simply a state of mind.

Swimming the English Channel is no small undertaking, one of the more eccentric challenges for many Brits given the temperature, distance and the smearing of goose fat to help keep warm. You’d assume this would be a young person’s pastime but in 2011 Roger Allsop became the oldest man to cross to the Channel making the crossing from Dover to Calais at the grand old age of 70.

Swimming is one thing but if you didn’t want to get your feet wet running is another great activity, the pinnacle of endurance and a huge accomplishment in many people’s lives is finishing a marathon. Running 26 miles for a good cause is a fantastic achievement, lots of runners starting younger than Fauja Singh did. This former farmer only started running at the age of 89. In 2011 he completed the Toronto Marathon at the impressive age of 100!

Many look at retirement as an opportunity to bond with their family, many spend their time doting on their grandchildren and going on outings, and from personal experience that never involved climbing mountains but that is exactly what American retiree Richard Byerley did. Alongside his grandchildren he reached the summit of Mount Kilimanjaro aged 84 after a 6 day climb.

To Infinity and Beyond

The adventures you can have as you get older and the opportunities you have are limitless, popular actor Brian Blessed has walked to the North Pole, made several attempts at climbing Mount Everest and done all this whilst maintaining an active career well into his seventies. Now aged 76, Brian has decided that the many places left on earth that he hasn’t visited are simply not enough and has completed the necessary training to become a cosmonaut. After 800 hours of training he is now the number one civilian reserve to visit the International Space Station, something he hopes to accomplish in 2014.

Preparing for your retirement is one thing, but how you spend your time can be as wonderful and adventurous as you want it to be.  These amazing people prove that the potential to do something incredible doesn’t diminish with old age.

If you could do anything when you’ve retired what would it be? Let us know in the comments below.