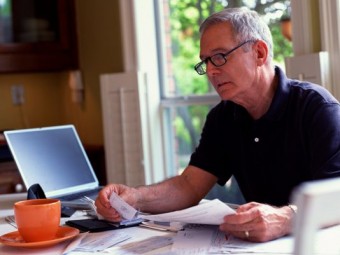 The current pension crisis affects most of us, but none more so than those who spend their retirement abroad.

One of the benefits of reaching retirement age in the 21st Century is that there is more flexibility than ever before as to how and where you spend your later years. A growing number of pensioners choose to retire overseas, either to take advantage of a better climate, to be closer to family, or just to experience a change of scenery and a new environment.

However, more than half a million such pensioners have found that their pension has been frozen at the amount that it was worth on the date they moved. With the pound hitting record lows, this means less and less money in their pockets every week.

If you are considering the expat retirement lifestyle, it is worth thinking a little outside the box in order to make sure you fund it efficiently. In many cases, it makes sense to cash in your pension and put the funds into alternative investments, where you have better control  over your finances.

The pension freeze affects more than half of the million pensioners who choose to spend their retirements overseas, including those who retire to Commonwealth countries, such as Australia and Canada. The upshot of this is that anyone who moved abroad in 2000 when the state pension was £67.50 per week, will still be receiving that same amount today – even though everyone else is now receiving £115.95.

It is not all bad news, however – the government has negotiated reciprocal deals with some countries, including the USA and those within the EU, whereby the money pensioners receive increases in line with inflation.

For those affected by the pension freeze, it really is the worst of both worlds. For someone retiring to Australia, that £67.50 was worth AU$170 in 2007. Ten years later, the cost of living has increased, but the reduced value of the pound means the same amount is worth just AU$115.

What are the alternatives?

For those of us with private or company pensions, the news is not much better. The perilous condition of some of the major pension funds has received plenty of media coverage, with a pension black hole of £1 trillion being widely reported. Companies such as Royal Mail, Tesco and First Group all have pension deficits that will have a major impact on members’ pensions when they reach retirement age – we are entering a company pensions crisis.

However, there is an aspect of good news. The pension reforms that have come into effect

over recent years give those approaching retirement greater flexibility than ever before. It is now a simple matter for them to withdraw their hard earned money from these poorly performing pension funds and to reinvest it in a way that will bring them a financially secure retirement.

For those retiring overseas, this is a particularly attractive proposition, giving the freedom to explore alternative investments either in the UK or in the country that they plan to call home.

After all, the whole point of taking the expat option is to enjoy a stress-free retirement in the location of your dreams – think smart as to how you finance it to make sure the dream does not become a nightmare.