From Banked to Broke – Celebrity Bankruptcies 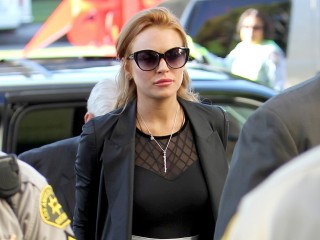 They say money makes the world go round. They also say money is the root of all evil. Regardless of how you think of money, it’s an essential part of life. We need it to provide food, clothing and a place to live.

So you’d think that with cash being so important, most people would take extra care with their finances. And most people are. The key word being ‘people’.

Of course, we know celebrities aren’t exactly people in a sense. They live by different rules to the rest of us. For them, being a star translates into a bigger payday than the rest of us. Their rules of spending don’t run parallel to the average man on the street. Which can lead to trouble.

Here are a few celebrities who had it all, and then blew it tremendously. It’s interesting to note that it doesn’t matter who you are, what job you have or how much money you make, it only takes that lack of self-control or a bad business decision to topple the mighty.

The former ‘Atomic Kitten’ singer was a member of a young, popular girl band and had the world at her feet. After the music, she became the face of food store Iceland and even wrote a column in OK! Magazine.

However, it was believed that her former husband was partially to blame for Kerry’s financial woes with fragrant spending. Her ex-husband spent her £6 million pound fortune recklessly. He paid over £1 million pounds for cars, with crazy behavior including not using a new Ferrari because it was too wide for a supermarket car park!

The courts soon came knocking with a bankruptcy order in 2008.

How celebrity got out of bankruptcy: An appearance on reality television show Celebrity Big Brother paid enough to clear the debt and a return to singing with Atomic Kitten seems to indicate a return to former glory for Katona. She probably doesn’t shop at Iceland now however.

The film actress was once a Hollywood princess with acclaimed roles in films like Mean Girls. However, her reckless party lifestyle has led to a breakdown in all aspects of her life. Her hard-to-work-with reputation, along with trips to rehab and arrests have meant that she eventually faced bankruptcy in 2012.

She currently has only a net worth of approximately £6,500 pounds.

How the celebrity got out of bankruptcy: Allegedly, she hasn’t. An appearance in Playboy magazine, along with appearances in recent movies such as Scary Movie 5 still haven’t completely cleared the debt. She’s having a hard time finding work due to her unpredictable nature.

A country music legend and all-round renaissance men, Nelson was a singer, poet, actor and writer. He was also known as a big spender with large entourages. After all, he could afford to be. His records had sold over 50 million copies after all.

However, Nelson also seemed to think that taxes were an expenditure that did not apply to him. His original back tax amount was £3.8million. However, this was nothing in comparison to the £6.3 million that was added as interest. A crippling amount for anyone, even Nelson.

How the celebrity got out of bankruptcy: In a brilliant move, Nelson played to his talents and made a music album dedicated to the Inland Revenue Service, appropriately named The IRS Tapes: Who Will Buy My Memories? Partial sales went immediately to the IRS to pay off the debt. After a few years, he was back in the black with successful albums and worldwide tours.