Cycling during Retirement; What’re You Waiting For? 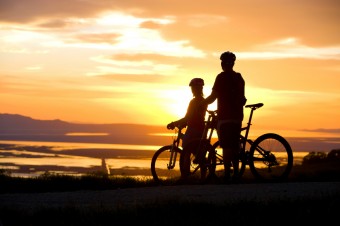 The popularity of cycling has rocketed in the UK in recent years thanks to the success of athletes like Sirs Bradley Wiggins and Chris Hoy, yet the figures suggest our older generation is still way behind the rest of Europe in terms of journeys made by bicycle. In this article we look at why cycling is such a great way for retired people to look after their health, and their finances.

A three-year research study by the Department of Planning at Oxford Brookes University, launched in October 2013, will seek to investigate ways in which the British Public can be encouraged and helped to cycle in old age. The £1.4m study will seek to establish whether regular cycling could play a significant role in the increased mobility, health and general wellbeing of our ageing population.

I’m pretty sure they could save £1.4m straight away by visiting one of the over 1500 British Cycling clubs around the UK, and looking at the demographic that makes up most of the membership. From a ‘peloton’ of 30 club cyclists, you’d expect at least two thirds of them to be over 50.

In fairness, the study is aimed more at establishing how planning policy can be used to better accommodate and promote increased numbers of older cyclists on our roads; which in turn will improve their health and wellbeing.

Presently, we in the UK sit way behind other European Countries in terms of cycling popularity. In the Netherlands cycling accounts for 23 per cent of journeys made by people over the age of 65, while in Denmark it’s 15 per cent and 9 per cent in Germany, compared to just 1 per cent here in the UK. It seems this low figure is down to two main reasons.

Older people generally cite the risk of injury as a their main concern stopping them getting on their bike. They believe, rightly in many cases, that UK roads, and indeed some motorists, are hostile towards slower, less mobile cyclists. The second reason given is the feeling that cycling simply becomes too physically challenging as people age, forcing them to stop.

However, cycling needn’t involve the difficulties of lycra, speed, or hills. The British Cycle Touring Club has helped establish a huge network of routes that take the rider ambling along beautiful, quiet country lanes. Even short leisurely rides have numerous health benefits.

A great list of those health benefits was published recently on Better Health, and it includes everything from simply losing weight, to reducing stress, to lowering the risk of cancer.

Patrick Taylor from online cycling forum, Cycle Seven, believes the health benefits of cycling are just the beginning: ‘The health improvements riding your bike provides are fantastic, but the motivation of most of our forum community are the social aspects. Meeting up with people through a shared enjoyment of cycling is great. It gives you a good reason to visit different parts of the country, and Europe, and to do it really cheaply.”

That last comment is an important one; cycling is great value for money! Once you’ve bought your bike (which can cost as little as £100), a few bits of clothing and some safety gear, you’re on your way. Patrick regularly takes trips to idyllic towns like Skipton and Chester with friends for a day or two of cycling.

“My wife Sandra and I will drive up to Yorkshire and spend two days cycling with another couple, stay in a cheap and cheerful B&B, then back home, for about £100 all-in.”

The financial benefits aren’t solely immediate either. The contribution the exercise makes to health and fitness has a great knock-on effect for money required to stay healthy later in life. It’s well-known a healthier population costs the public purse less to look after, so there’s an added saving to the taxpayer.

The head of the Oxford Brookes study, Tim Jones, sums it up very well: ‘“It is a common misconception that older people don’t cycle or have no desire to do so. But having the option to ride a bicycle is a fantastic way of maintaining independence and community connections and in so doing potentially benefiting physical and mental health and wellbeing”

We’d love to hear your stories about your cycling exploits, or whether you’re considering taking up the hobby to keep yourself fit and healthy. Get in touch in the comments section below. And when you’re mulling over whether to get on your bike, remember, it’s more fun than jogging!

Here are some useful contacts to get you started cycling:

British Cycling – The go-to tool for all things related to laws, competition and safety for cyclists.

Sustrans – A great resource to use to explore maps of all cyclist-friendly routes around the UK.

Evans Cycles – A retailer of all types of cycling products, with friendly staff and a huge range, they’re a good place to start looking at equipment.

One Response to Cycling during Retirement; What’re You Waiting For?