Cash In Your Pension Early
>
Discover How Much Cash You Can Get: Get started today 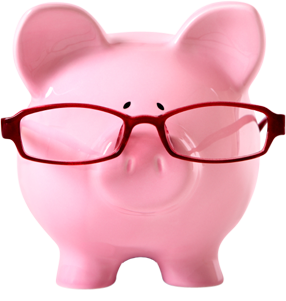 If you have retired within the past few years, you may have been tied into a financial contract that didn’t suit you. You pay into a pension scheme all of your life, only to realise when the time comes to retire that your money could have been working so much harder for you if it had been sensibly invested elsewhere.

For many years, the annuities industry has been criticised for confusing pensioners and then exploiting them with ridiculously high annual fees, as well as discouraging them from shopping around for the best deal.

With the prospect of facing low monthly payments or high fees demanded every year, more and more people approaching retirement age are exploring the benefits of receiving a lump sum pension payout, rather than waiting for a steady stream of income. But thankfully, from April 2016 you will be able to spend your pension release funds as you wish following new government reforms.

On 18th March, as part of the 2015 Budget announcement, the coalition unveiled plans to allow those who have purchased an annuity in the past to draw on that money as a pension lump sum should they choose to. The government also plans to put an advisory team in place to offer guidance to those who are considering cashing in their pension, along with certain protections that will stop pensioners, particularly the very elderly, from being ripped off.

What is an annuity?

An annuity is a form of regular income, usually like an insurance policy, that is paid out to savers every month. The majority of annuity receivers are those who retire from private sector companies, and will be allowed to buy an annuity in exchange for their pension savings. For most people coming up to retirement, buying an annuity is one of the biggest and most daunting financial decisions they will make.

Why should I sell my annuity?

If you have recently received an annuity, or have been locked into a contract for some years now, the new government proposals may be prompting you to think about your future income. For most retired people, such as those in their late 80s or 90s who will generally have received annuities at a good rate, sticking with their annuity will be the right thing to do.

However, those who have taken out an annuity in the past few years will have been subjected to poor rates, and these are the people who will benefit the most from selling their annuity.

For those who are tied into low rates, receiving a cash lump sum in return for your annuity could be a much better option, as it will provide you with the freedom to utilise your money as you see fit. You could use the cash to pay off some existing debts, provide your loved ones with some financial assistance or to help get your children or grandchildren on the ever competitive housing ladder. Perhaps you’re just looking for a pension provider option that suits your lifestyle better or want to place the money into a high-yield investment, making it work harder for you in the long run.

This new pension release option will appeal most to those who have recently retired and have more than one pension due to the fact that they have worked for several different employers, as these people may prefer to have the money “up front” rather than receive a small payment each month.

How much will I receive?

The amount you will be paid for your annuity depends on many different things. Under the new proposals, annuities will be offered up at auction for financial institutions to bid on. Your annuity will be sold to the highest bidder, you will receive a cash sum and the company responsible for paying your annuity will now give the income to the winning company until you die.

Although there is no truly accurate way to predict how much your annuity will receive at an auction, the older you are or the poorer your health could result in less being offered for your annuity, as the buyer will only be paid up until your death. It’s a grim way of looking at things, but it’s the reality of the situation.

Be on the lookout

Whilst the new proposals from the government have received praise, the changes do come with a warning label. The new measures for pension liberation that have been put in place will no doubt bring with it plenty of sharks who are looking to con you out of your life savings.

Many will offer you deals that seem too good to be true, or will try to convince you to swap your annuity for “grand” investments such as fine wine, gold or even “rare” coloured diamonds.

These cons will often be accompanied by attractive buzzwords such as “once in a lifetime”, “unique” and “exclusive” to entice people in. If you ever feel at any point that your money may be at risk, then end the conversation and seek help from legitimate sources. Never deal with cold callers, even if it’s a knock on the door or an email, and only deal with companies that are regulated by the Financial Conduct Authority.

What should I do?

Just like deciding to take out an annuity in the first place, the decision to sell your annuity is not one that should be made lightly, nor should you rush into cashing in your annuity if you are unsure whether it is right for you.

Seeking advice from a variety of different sources will allow you to make an informed decision on what to do with your annuity, and how to approach legitimate companies who want to help you rather than steal from you. The Money Advice Service was set up by the government to provide free and impartial advice on how to deal with and improve your finances and also operates a free, no obligation advice line.

The new changes will come into effect from April 2016 and whilst there is plenty of time left to make a decision, it is important to explore the different options available to you well in advance of this date. Make sure you weigh up the different ways that you can maximise your income during the years where you will no longer be working. Although your first investment choice may not have been the best, it’s important that you ensure you aren’t struggling in future years but also that you don’t rush into making a decision that isn’t right for you.

Sell Pension believes that the government’s latest reforms – combined with the relaxation of certain pension regulations in 2014 – have opened up new avenues for people to explore. As we’ve already stated, cashing in part of your pension plan isn’t something that everybody will feel comfortable with, but it’s nice to know that the option is there if needed.

To discuss the government’s reforms further, or to talk about your pension release options, please don’t hesitate to get in touch.