Are You Property Rich But Cash Poor? 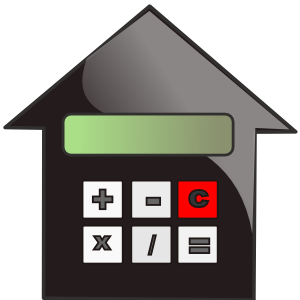 Pensioners are wealthier than ever thanks to sky-rocketing house prices. Yet with other investments performing badly, cash can still be a problem.

Ever-increasing property prices might be bad news for those wanting to get their foot onto the first rung on the housing ladder, but at least they mean that over 65s are in a better position to enjoy retirement, right?

Unfortunately, the answer is “not necessarily.” Property might be the safest and best performing investment around, but it is also the least liquid. Most pensioners are neither willing nor able to release equity against a mortgage, so the cash in their homes remains tied up as tightly as ever.

If you find yourself in this situation, a neat option is to leave the equity tied up right where it is, in the best-performing investment around and to cash in your pension instead, thereby releasing the equity from an investment that is not returning such good yields.

The news that the total property wealth of over-65s who have paid off their mortgages is now more than £1 trillion hit several media outlets last week, on the back of data published by equity release specialists Key Retirement.

The company has been analysing the subject of housing wealth in the over-65s for the past seven years, over which time retired home owners have seen 37 per cent growth in property wealth – that equates to £290 billion and is worth an average £66,000 per home owner.

Put another way, that means that owning a home is worth almost £10,000 a year for the average pensioner!

Cashing in your assets

Given that Key Retirement specialise in equity release, then it is unsurprising that the spin given to these statistics is that pensioners should release equity from their homes in order to lead a happy, cash-rich retirement. This sounds fine on the face of it, but does not bear up to detailed scrutiny.

In the first place, the last thing that most pensioners want to do is find themselves saddled with another mortgage late in life – assuming that a lender will be prepared to offer them one at a reasonable rate.

Key might say that is not a problem, they specialise in this sort of thing. However, that does not get you past point two, which is that you probably want to safeguard your property as an inheritance for future generations.

Even if you get past point two, you still come up against one final question that even equity release specialists will struggle to answer: If you have cash tied up in property making these amazing returns and cash tied up in a pension fund making a fraction as much, then surely it makes more sense to cash in the investment that is performing more poorly?

Hang on to your bricks and mortar

Unless you have personal or medical reasons why you need to downsize, it really makes sense to take full advantage of the great returns that the property market offers. And whatever the equity release specialists might suggest, that means that releasing money from your property is literally the last thing you want to do.

Talk to a pension release specialist today to find out how you can protect your best-performing investments and cash in the lame duck.