Are Supermarkets Really Saving You Money? 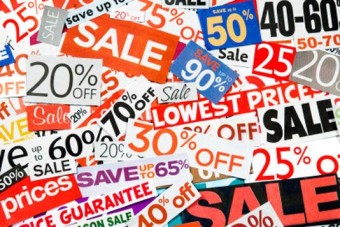 Over 2011-2012, the UK spent over 120 billion pounds in the four top supermarket chains; Asda, Tesco, Sainsburys and Morrisons. Of course, food products are a necessity. They are literally something we need to live. So the question is this. Why is it becoming so much more expensive to buy the things we need to survive?

Say Multi-buy bye to your finances…

When we see offers in the supermarket, we are immediately drawn to them. Of course we are, because everyone wants to save money. However, are supermarkets really doing us a favour with discounted items and multibuy offers?

It seems no when it comes to multibuy. Initially, it seems the logical thing to do; buy several of the same item in bulk for less the individual cost. However, it seems that many supermarkets will employ the practice of increasing an items individual price, right before offering as part of a multibuy offer.

One reported offer in Asda showed that a pizza was being offered for £1.00 on it’s own. However, when included in multibuy, the price rose to £2.50 for one pizza or £4.50 for two. The same report said that many items on the shelf will typically increase before a multi offer, before reducing back the original price once the offer has ended.

Further research showed that almost three quarters of people questioned stated that would rather have a discounted price than a multibuy offer.

Here, it is clearly cheaper to buy the items individually rather than multibuy.

Sadly, the truth is that people will not always compare and think about the options before selecting these offers. They see that there’s a deal on and immediately believe that they will be saving money in the long run. Although these multi deals are now part and parcel of every supermarket, you may be surprised that they have included almost half the goods in a supermarket at one time or another.

As mentioned, people are starting to get wise to the ploys supermarkets tend to do when it comes to discounted goods.

Enter the humble pound store. Chances are you’ve been in to buy some batteries or maybe a some washing up liquid every so often. But it seems the pound store is becoming the go-to place for cheaper shopping now.

Although not making the kind of money that the big four regularly pull in annually, the numbers are certainly not small. For example, Poundland made a profit in 2010 of almost £22 million pounds. This was a staggering increase of over 80% compared to 2009 and it’s only going upwards.

So how are they doing it? It’s simple and really comes down to two points:

Although it’s a case of profit and loss. By this, the meaning is that some goods actually lose money but the majority will gain by a small amount. This necessitates the large orders and bulk buying. However, it also means that there’s less problems in stock. The stock is moved from warehouse to shelf without much delay.

Of course, to keep the shops running with low prices, they require many sales. However, they understand that it’s a circle that feeds itself. People will buy lots because it costs less. Therefore, they keep the demand going.

Also, another definite benefit to shopping in these stores is this; whilst similar offers are on sale for a reduced price of £1.00 in the major supermarkets for a limited time before raising it again, the pound shops will keep that price at all times. This assurance of cost is very attractive to the public, especially in times of economic crisis, like that of recent years.

Overall, the supermarket chains will continue to prevail due to name brands and a wider range of goods. However, it’s recommended to check all offers before you commit. After all, the pound stores just might have a bargain or two as well for you.