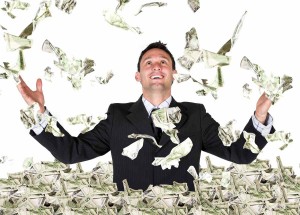 When you strike it lucky, it’s one of the greatest feelings in the world. It doesn’t matter if it’s Bingo, a prize draw or work competition. Being a winner is always going to bring a smile to your face.

But what happens when you don’t even realise you’ve won?

What if you are sitting on a jackpot? The jackpot. The biggest prize there it; the lottery jackpot?

Believe it or not, there are millions that have been left just sitting there unclaimed. This is for a variety of reasons, but it imagine just how sickening it must feel to know that your life almost changed. But didn’t…..

In the UK, lottery entrants have up to 180 days to claim their prize. Many believe that this is ample time to check that ticket. But the fact is a great deal of prize money is missed out despite the lengthy claim period.

In America alone, prize money averages around £26 billion pounds each year. In 2010, the amount of unclaimed money accounted for a staggering £530 million pounds!

One of the main reasons for this is that offline tickets, that is, tickets bought in the shop, are the only proof to a winning claim. If you lose this, then you’ve pretty much bit the big one and lost out on your money. No big deal if it’s only 3 numbers and a ten pound note in your pocket.

But get all the numbers right, and you’ll be kicking yourself for the rest of your life.

Online play is the way forward

The benefits of getting your ticket via the internet is that there’s no problem if you’ve won but forgot to check. The internet will actually let you know via email automatically. If you don’t actually check your emails, then I’m sorry you’re just a lost cause!

The Euromillions draw seems to be a popular place for the unclaimed ticket. It’s not uncommon for prizes of up to £1 million pounds to go without a winner. Which is bad news in itself, unless you were the following person…

One of Britain’s biggest losses occurred only last year in 2012. A Euromillions ticket bought in Hertfordshire was not claimed. The person or persons lost out on a bit of money. And by ‘bit’, we mean ‘£64 million pounds’. The money was handed to charity after the 180 days had expired.